This game is inspired by Shadowrun by Catalyst Game Labs, The Sprawl by Hamish Cameron, Blades in the Dark by John Harper,  Old DND, and others ( Just send me an e-mail ). 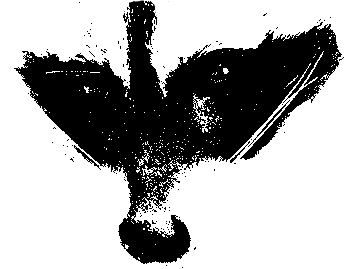 In order to download this game you must purchase it at or above the minimum price of $5.75 USD. You will get access to the following files:

**For the sake of transparency I'd like to say that both Racoons and Cyberpunk both hold a very special place in my heart. With that said...

You may be reading this comment/review asking yourself, "Is Cybergaze a good game?" To which I would compulsively blurt out that "Good" would be a vast understatement of this feast of crunchy yet simple mechanics that are all blended seamlessly in a strong and cheeky allegorical theme.

The first thing that needs to be said is that the game requires a full six players and will make that worth your time. No one is the GM (though a natural GM may arise as the role shifts between missions) and having an eclectic cast of 'ccoons is an essential part of the story telling. You'll also each be making the world and scenarios collaboratively as you go, something which makes this delightfully low-prep and great for groups that comprise of a lot of creative players (or like my group which is mostly comprised of GMs who pass the baton).

Cybergaze's core mechanic is a simple roll-under system paired with a tracker that makes health management a game unto itself. Stacked on this are a myriad of smaller mechanics that can affect these rolls and a plethora of clocks for tracking their consequences. This along with Victory Points (yes there's a cheeky Victory system in a co-op game, as per the game's theme) and a fairly straight-forward downtime / upgrade system combine to create an amazing Tetris of interconnected mechanics that never feels overwhelming.

What ties all these smaller bits together the best is some phenomenally layed-out Character Sheets and mission trackers. These sheets pop with style and keep everything very manageable.

This is all enhanced by Cybergaze's distinctly dystopian vibes crossed with a layering of 50s silliness and the omnipresence of Raccoons to keep it from getting too dark. My favorite mechanic in the whole book may be the requirement to linger on the trash and filth of the Dump you and your compatriots live in, in sharp contrast to the Mega-Corps' pristine Ultra-Spires™. There's a real sense of melancholy and oppression that the game provokes to undertone its cyber-theft with-mild-fantasy bombast.

All in all, I can't recommend this game enough. It has enough prompts and solid rules to be good for more traditional players, but enough bend and open-endedness to thrive in a group of creative ones...

Also, Raccoons and Cyberpunk?!?! How could a person not love this??

CYBRGAZE is a cyberpunk supernatural rpg in which you play as raccoons.

The PDF is 25 pages, with a clean layout and solid visual organization.

There's a strong absurdist vibe to the book, but it never blinks. It plays the whole setting straight.

CYBRGAZE thrives off of this. It's a setting in which you can have mechanically relevant parts of your character like Hydraulic Knees and a Shag Carpeted Van and also get into fights with animal control in high tech megaspires over a sprawling corporate slum.

The game's mechanics are driven by stats, which cover a character's body, mind, magic, and luck. The core roll is a d20 under a stat. Failing or succeeding rolls pushes a gauge, and hitting either edge of the gauge gains you money on retires your character.

There are a lot of opportunities to apply bonuses to these stats, from disposable Hacks to built-in Upgrades, as well as help from allies or taking damage to succeed via Cybrburn. As such, the players should expect to feel a lot of control over the dice, which should offset a bit of the swingyness of a typical d20.

GMing involves some shared responsibilites, as the players create the megacorps for the setting and the hooks for individual scenarios. GMing also rotates by default, although it's easy to adjust this if you want a more traditional GM role. Full GMing resources are provided.

There's a fairly detailed minigame for downtime after jobs, as well as a "win" condition in which the players themselves can score points for doing things like retiring or GMing.

Overall, if you're looking for a low-prep comedy rpg that gets even better when you run it with a perfectly straight face, I'd absolutely recommend checking out Cybrgaze.

-CybrBurn doesn't seem to have stronger penalties than regular failing a roll. Do they both only move you one step down the slider?

Thanks for the review. The word additional would probably have been good to add there. Its supposed going down another step for a partial success. 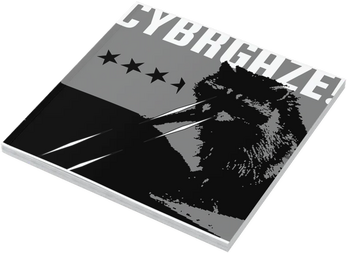 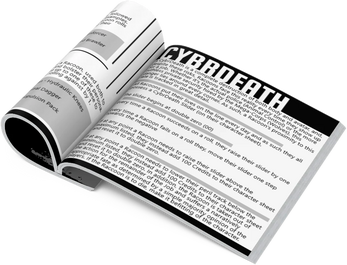 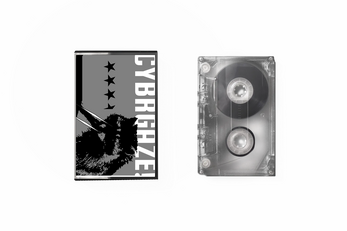